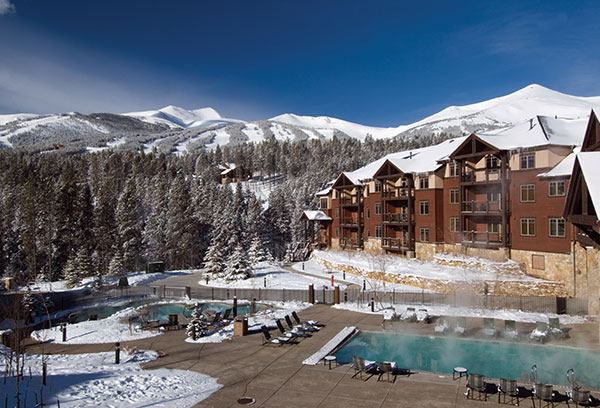 “First, we are very Blessed to have an ownership with Grand Timber. We have been blessed with six kids and were never able to take them on vacations. The weekend we went up to do the tour was like a vacation.

We all fell in love with Breckenridge. We were not sure we could afford it at the time and our son Joshua said “Mom get it I will help pay for it” 20years old at the time he was thinking of the quality time we could all spend together and build treasured memories. Well needless to say we purchased in August of 2006. Our first scheduled time to spend up there was October of 2007 and we were all very excited about it.

Well, unfortunately, we had to cancel this time as Joshua was admitted to the hospital on Sept 10th of 2007 and passed away October 8th, 2007. At times it became hard to keep our ownership I would remember how much Joshua wanted it for his family. So our ownership is in Memory of Joshua.

We take his picture along each time and he is with us building memories we will treasure with our kids and grandkids.”

“My most memorable visit to Breck happened in October when my family was visiting Grand Lodge Peak 7. We were sitting on a table near the inside pool. It was chilly outside, but no snow. There was a sweet girl with many tubes running in and out of her body. I said hello to her parents and they began to talk. They explained that their daughter had a terminal illness, and they were visiting GL7 through the Make-A-Wish Foundation.

They were from a very warm region and the girl wanted to see snow. I had this warm feeling of loving kindness towards this family since this was the something that made me proud of being an owner. As we continued to chat, snowflakes began to fall outside. Just recalling this moment gives me chills up my spine, since it was truly a perfect moment. I will always remember this little girl fondly.” 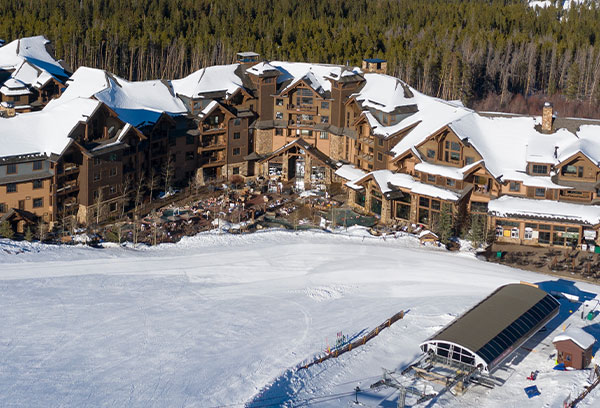 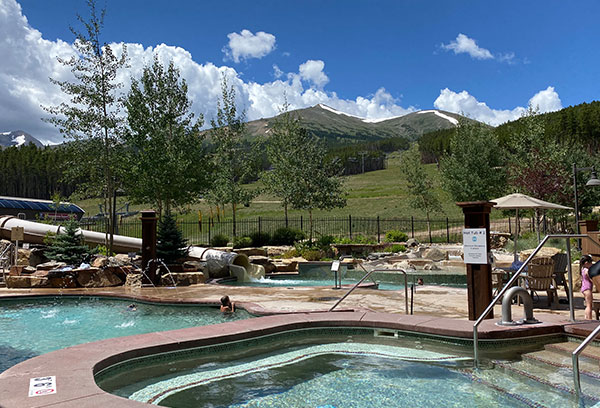 “My husband and I bought our week at GL7 before it opened. That first winter my brother and his family, from Florida, starting joining us for their spring breaks. One of their boys, Ryan, now 12 years old, has an incurable but manageable bone disease and has endured 8 surgeries. The staff at Grand Lodge at Peak 7 has been through some of it with us. They have been so incredibly kind, supportive and accommodating to things like wheel chair needs and basically just putting up with us! The amenities at GL7 have made the spring breaks when Ryan was not able to snowboard, or walk for that matter, bearable. From the luxurious bathtub to the hot tubs and movie theatres, these are all things that have aided in his physical and emotional therapy (and his parents!)

Of course, my brother and sister in law have also been owners for several years! We consider the BGV staff family during the winter and that is the best memory one can have, just spending time with family!

Thanks for such amazing vacations and for us living here in Colorado… bring on the snow!!!”

“The best thing about being at the Grand Colorado is knowing that we’ll always be treated like family by people who are here helping us, the people that work here care about our experience. They want us to have the best time we can. Check in is very easy to do. They guide us to our rooms which are always kept clean, and we just appreciate the way we’re treated. 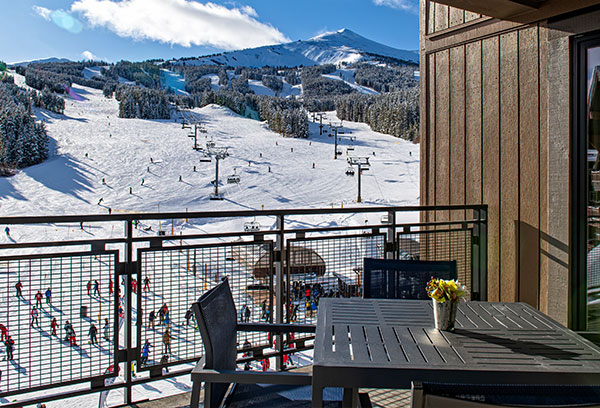 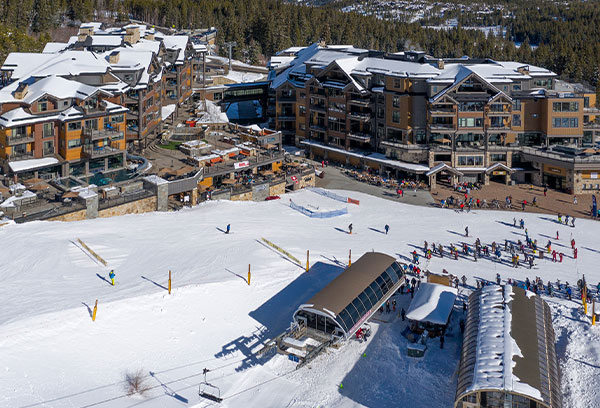 “When my nephew was 10 years old his mother, my sister, died in a car accident. Because of this and other events we were estranged from my nephew for 25 years. In that time my daughter moved to Denver and we found out that my nephew, his wife and 2 little girls lived in the Denver area as well. I asked my daughter to reach out to them. It took 3 years of her friendship before we reconnected with his family.

My “Grandest” moment during our visit to Breckenridge and one of my grandest moments in my life was to ski with my nephew and his family for the first time since teaching my nephew to ski when he was a young teenager. I kept thinking as I skied with his 5 and 7 year old daughters, that my sister was smiling down on us. It was a happy and sad experience for me as I was enjoying this moment when my sister was unable to, but I felt honored to do it in her place.

Since that took place a few years ago, we now make a point to ski together when we come to Breckenridge every year.”

“One of my favorite things about Grand Colorado is the ability to experience it with family and friends that have no idea about Grand Colorado. When we bring them here, we show them how close we are to the base of peak 8. It’s truly fun when you’re able to see smiles on their faces and say, wow, this place is really sweet. They had no idea it was this nice and that they felt like they were part of the family too, being a member at Grand Colorado. That’s always been a fun experience every time we bring friends up here.

What I love about Grand Colorado on Peak 8 is the ability to come here every day of the year. My husband and I and a friend of ours came up here for New Year’s Day once. It was probably one of the best times to be here. We went skiing, snowboarding, and it’s really cool to share it with our friends and be able to do it every day of the year.” 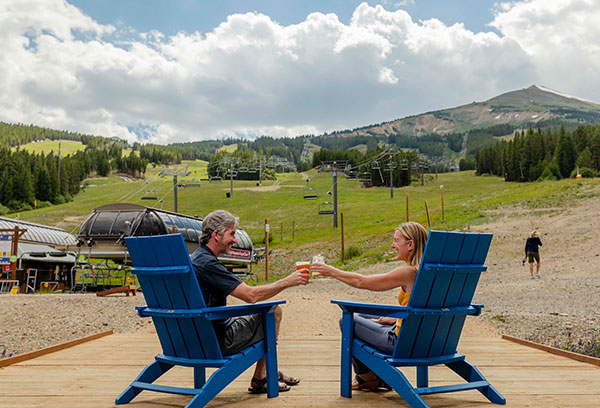 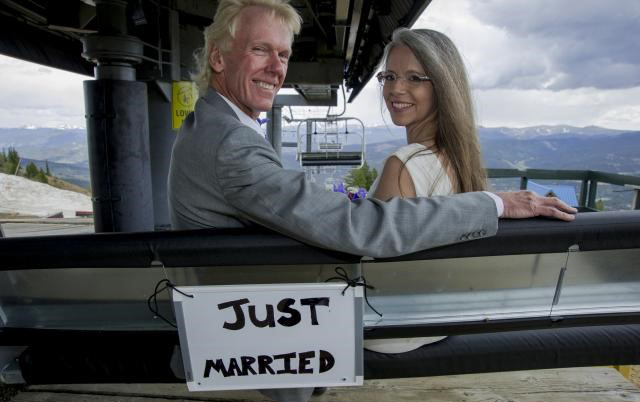 “My best memory, by far, is how I met my husband, Bruce, and how Breckenridge played a huge role in our meeting, and our wedding day. January 2012: as a new Grand Lodge on Peak 7 owner, I was in Breck enjoying my week on the slopes. On Wed. morning of that week, I grabbed the Independence SuperChair, via the singles lane. It was not crowded, and the gentleman behind me in the singles lane asked if he could ride up on the same chair. “Absolutely”, I answered, and we enjoyed a nice conversation, and then went our separate ways at the top. The next morning, I started out on Independence again (ski in, ski out access is awesome, BTW). In the singles lane again, no crowd, and again, someone asks to join me on the same chair. I recognized the gentleman from the day before! Awhile later, again on Independence, via the singles lane, and we meet for a third time! What are the chances?

On June 18, 2013, we were married at the top of the Independence SuperChair, with our families present. Breckenridge resort personnel played a huge role in the day going smoothly, from getting everyone to Peak 7 via 4×4, to the “Just Married” sign on our chair as we rode down the Colorado SuperChair. As added sentiment, we both wear the Breckenridge rings for our wedding bands. Breckenridge has always been a special place for us, we cherish our Grand Breck memory, and look forward to making more wonderful memories in Breckenridge.”

Enter to Win a Free Vacation at the Grand Colorado on Peak 8!