A Guide To White Water Rafting

There was a nervous excitement as we were planning our rafting trip in late June. The winter had been one of the best in years leading to excellent white water conditions that will last well into August. Flows through Browns Canyon were hovering around the 3,000 CFS mark. CFS (cubic feet per second) is a measurement tool used to judge how much water is passing a single point in the river every second. This high level created an excellent, splashy flow for Browns Canyon and the five of us were understandably giddy.

Heading over Hoosier Pass, we were greeted with views of several of the state’s 14,000-foot peaks, including Quandry and Mt. Lincoln, with several more hiding just out of sight. After turning right onto HWY 285 we drove through the giant South Park Valley and were soon winding our way down the canyon into Buena Vista. Right before you get to BV you are greeted with expansive views of no less than four of the state’s 14ers: Mt. Princeton, Antero, Harvard and Shavano. 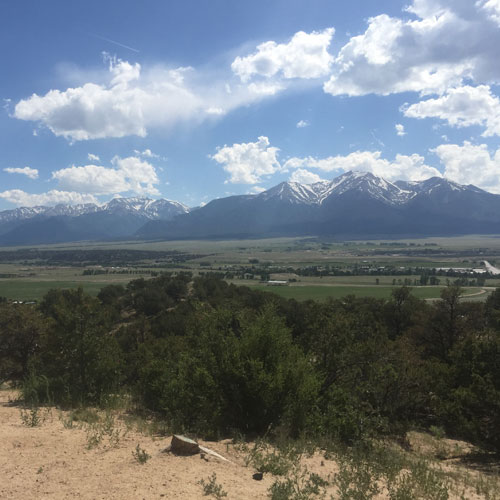 We were met at the end of the driveway by a friendly raft guide doubling as a parking attendant. She let us know where to go and the next steps we were going to have to take. After getting our wetsuits, splash jackets, helmets and paddles, we were ready to roll and loaded up on the bus. During the ten-minute ride the lead guide went over safety information and stressed that we all have fun. 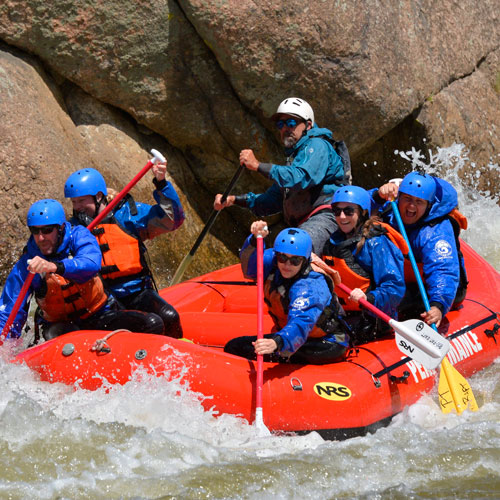 The first couple miles of the trip were the getting-to-the-know-the-boat section of water. We worked on our paddle strokes, high-siding and paddling at the same time while working our way through some small, splashy rapids. The real fun lay just around the corner, in the canyon, our first rapid, Canyon Doors. 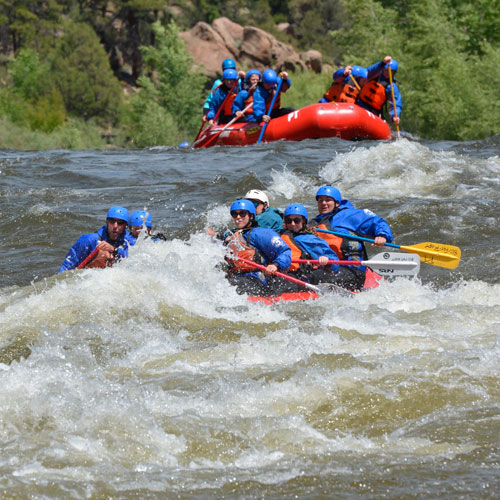 The water funnels between rocks and drops you into a wave, welcoming you into the canyon! Recently named a National Monument the landscape is wonderous and inspires thought. After going through Canyon Doors, Pinball and Zoom Flume were upon us quickly. Pinball usually bounces between rocks, but at this flow we were floating over the top of them and through the waves they created. Zoom Flume was next with more big, foamy waves, while bystanders on the rocks cheered us on. We still had Big Drop, Staircase, Widowmaker and Raft Ripper to navigate before the takeout on river right. What a day! Our crew couldn’t stop smiling. Try the full-day trip if you want a little longer adventure! 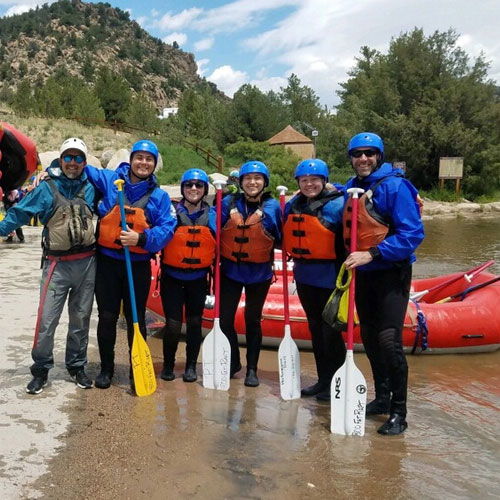 The bus ride back to the shop was filled with stories of rapids, laughter and memories that will only grow richer with age. We turned in our wetsuits, bought some photos and went to enjoy a well-earned beer at Eddyline Brewery.

Click below to book your own white water rafting adventure and save 10% off through Performance Tours!