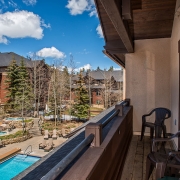 It’s almost here! We can almost taste it. It is the start of another Breckenridge ski season and with 2 winter storms already we are all anticipating a big ski and snowboard season! As always Breckenridge will be amped up and celebrating the opening of the 2012/2013 season with a party on Peak 8.

This year Breckenridge is doing something unique and cool with it’s Find Ullr promotion. Front Rangers, keep your eyes out: starting on Saturday, Nov. 3 keep your eyes peeled on the Front Range. Ullr, the Norse God of Snow, and a Breck local, will make appearances daily at signature landmarks in Denver each day of the week until Opening Day. The first fans that are able to find him each day will win prizes, including the chance to ride the first chair of the season with him. Breck will be posting clues to Ullr’s whereabouts daily and we will be sharing them on Best of Breckenridge.

Every year on the Thursday before opening day the bigwigs from the Breckenridge Ski Resort give out free coffee and exclusive commemorative Breck coffee mugs throughout the town of Breckenridge at local coffee shops. The giveaway begins at 7:00 a.m. and only continues while supplies last! Find the list of participating coffee shops at www.Breckenridge.com. Do not wait! These cups go fast!!

This year its Cinnamon rolls. Mmmmm. Guests are invited to head to Peak 8 early on November 9th to celebrate Opening Day with a free sample of Breck’s new signature cinnamon rolls at 8:30 a.m. on the Ski Hill Grill Plaza, as well as a complimentary champagne toast courtesy of Moet & Chandon.

Lifts will open at 9:00 a.m., and Ullr will ride the first chair of the season along with winners from the week-long “Find Ullr” promotion. Additional festivities will include a live broadcast from KSMT, T-Bar drink specials throughout the day, and a special tribute to honor Veterans as part of Veterans Weekend. For the full Opening Day schedule and updates on what terrain will be open visit www.Breckenridge.com.

For the best deals on opening day lodging in Breckenridge visit www.breckenridgediscountlodging.com

Grand Lodge on Peak 7 is always our special getaway place in Colorado. It has everything a couple would ask for. The front desk staff and, a big thanks to Christopher, who went out of his way to make reservations at the restaurant that was his recommendation. It was a great restaurant, food, and drinks. It was the best way to start out our anniversary celebration. We have never been disappointed at the Grand Lodge on Peak 7. The area is beautiful, the grounds and pools are always clean and great. The staff is the best and will help you out in any way. They always great you with a smile and a Thank You to follow up. Thank You Everyone at Grand Lodge on Peak 7 for making our 21st anniversary a very special one. B & S Denver Colorado

You have to love Grand Timber! After 8 stays, we always have a great experience.

The Grand Lodge on Peak 7 is a must see!

The North Face, the world’s premier supplier of authentic, innovative and technically advanced outdoor apparel, equipment and footwear, today announced that CORY RICHARDS will come to BRECKENRIDGE, COLORADO, as part of the 2012 Never Stop Exploring Speaker Series. The live nationwide tour invites adventure fans from across the country to share in the incredible tales of eight top athletes from The North Face Team.

Most expeditions tackle Himalayan peaks in summer, when weather is best. Even then, success is a long shot. So when Cory Richards and his team set out in winter 2010 to summit Pakistan’s Gasherbrum II, the world’s thirteenth tallest peak, the odds were against them. Blizzards amplified the mountain’s savagery, yet the team summited, and Cory became the first American to make a Himalayan winter ascent. With a resume including Lhotse, another 8,000-meter giant, and other steep Nepalese peaks, Cory became a rising star of Himalayan alpinism. When he traveled to Everest in 2012, as photographer and climber for a highly publicized, ambitious expedition, the pressure was on. A humbling defeat due to illness forced Cory to examine his motivation in a sport that juggles risk and reward.

Hearing Richards’ inspirational story first hand will motivate attendees to strive for their personal bests. The presentation will take place at Breckenridge Riverwalk Center at 150 West Adams beginning at 7 p.m. and will be preceded by a 5:30 p.m. VIP reception in benefit of the Breckenridge Outdoor Education Center at The North Face Breckenridge at 322 South Main St. ; 970-453-1613. BOEC’s mission is to provide outdoor experiences for people with disabilities and to train the instructors who work with special populations.

The North Face Never Stop Exploring Speaker Series is a free event; however, general admission tickets must be secured online in advance at www.thenorthface.com/speakerseries and are available on a first-come, first-served basis. Guaranteed seating tickets for the event may be purchased for $8.00. VIP reception tickets, which include preferred seating, a meet and greet with CORY RICHARDS, and beer, wine, and light food, are available for $20.00. Following the presentation, there will be a question-and-answer session.

The North Face Never Stop Exploring Speaker Series, presented by GORE-Tex and sponsored by Primaloft and Outside, is taking place Sept. 4 through Nov. 15. For information about additional tour dates and athlete appearances, please visit www.thenorthface.com/speakerseries.

For the Best Deals on Breckenridge Lodging visit www.breckenridgediscountlodging.com.